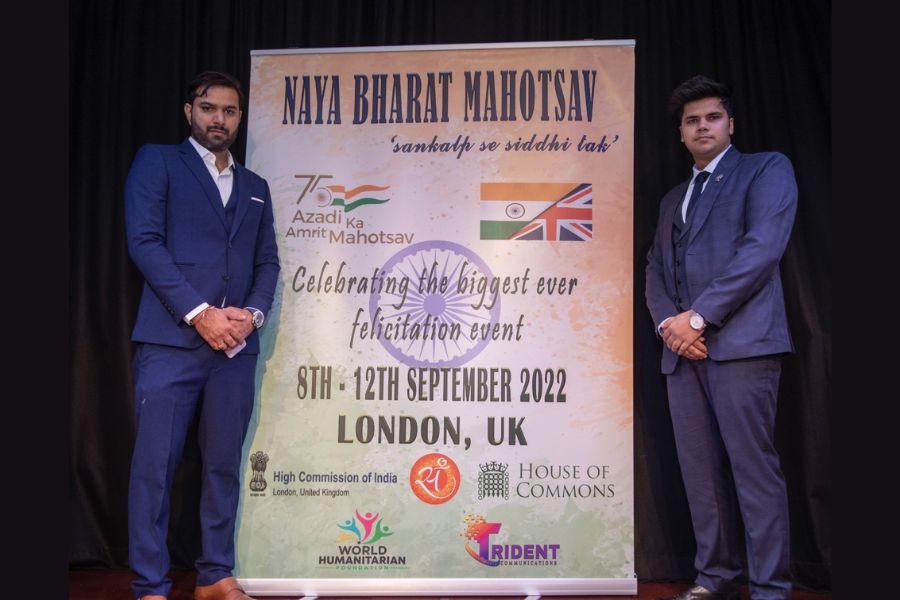 With profound grief on the demise of Queen Elizabeth II, Britain’s longest-reigning monarch and a rock of stability across much of a turbulent century, we regret to announce that the event NAYA BHARAT MAHOTSAV, which was scheduled from 8th September to the 12th of September in London, UK. has been relocated from London Parliament (House of Commons) to Hotel in London, as we join the World in national mourning the passing of Her Majesty Queen Elizabeth, A global icon who represented the finest qualities of her nation and people. Queen’s death is an irreparable loss for the country and World.

The ceremony started with paying tribute to ‘The Great Queen Elizabeth, ‘ the longest reigning monarch and a rock of stability across much of a turbulent century.

Trident Events & Media Ltd is a well-known media entertainment & event management company. The company has been awarded to London Parliament twice in the past few years for their outstanding contribution to event technology.

Read Time:3 Minute, 56 Second Mahabubnagar, Telangana, August 22:  The rural areas are primarily responsible for Telangana’s low literacy rate of 66.54 percent, which is the lowest in the country. The reason for this is that more than 90 percent of parents in rural areas work as farm laborers and force their children to work in […]

Read Time:2 Minute, 20 Second Surat (Gujarat) [India], May 11: On the eve of Gujarat Foundation Day, over 60,000 runners from all age groups and genders took part in the first-of-its-kind night marathon, which was organised to urge youths to break free from the tentacles of drug addiction and to make Surat city ‘Fit’ and […]

New Delhi [India], June 17: DCBA has organized Covid -19 vaccination camp for Customs Brokers. The first camp is in progress at New Customs House, near IGI Airport, and will be held From June 15th to 18th June 2021. In a bid to protect hundreds of Customs Brokers, their staff, and family members this camp […]

Urwas Jaiswal, From being a powerful woman of the year to someone having her name in Guinness Book of World Records