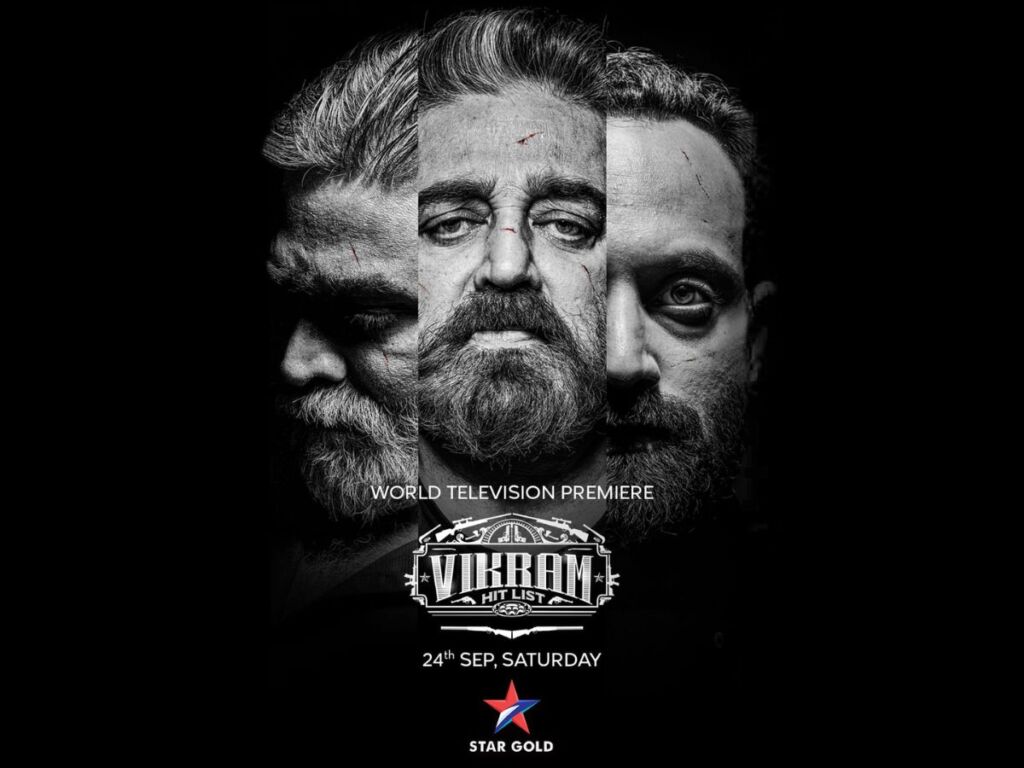 Vikram played by Kamal Haasan is a special movie to him. The legendary actor says, “Vikram movie is very special to me.  Action happens to be one of my favourite genres and I loved filming the high-octane action scenes. I feel glad that the audience turned up in big numbers when it was released in theatres. And now a larger audience can watch Vikram with their families with the World TV Premiere on Star Gold on 24th September, 8 pm.”

Vikram is a spin-off of the 1986 film Vikram, which was a spy thriller and starred Kamal Haasan as well. Following a series of murders of police officials, a black ops cop goes after a mysterious gang of masked men, which has declared war on the system, which is protecting a fearsome drug lord.

Pratik Shah and Mamta Shah Launched Mahetik Studio, which will include Acting Classes, Dance, & Yoga In South Mumbai With Much Funfare

Read Time:2 Minute, 43 Second July 6: Mahetik Entertainment Pvt Ltd. is a Production house in film production and produces Web Series, TV shows, Ad films and Music videos with unique concepts. In a very short time, the production house has created a name for itself. Now, it has launched Mahetik Studio, which will include Acting […]

Q – How has the entertainment journey been till now? A – Back then, at the start, this was something I thought I should try my hand at. I faced a lot of challenges like creative conflicts, bandwidth issues, identifying a suitable team, and many problems that I couldn’t even anticipate, but today it’s all […]

Coming up this Navratri Song, JAI MATA AMBE Sung by the iconic singer, Anoop Sankar along with Reshma Raghavendra

Read Time:1 Minute, 21 Second September 27: Coming up this Navratri is a song that will let you do both, dance your heart out on the beats of Garba and pay tribute to the devotion of maa ambe. Sung by the iconic singer Anoop Sankar along with Reshma Raghavendra. As if his mesmerizing voice wasn’t […]

Poster of Mystery, Romantic -thriller ‘All is Wrong’ revealed!