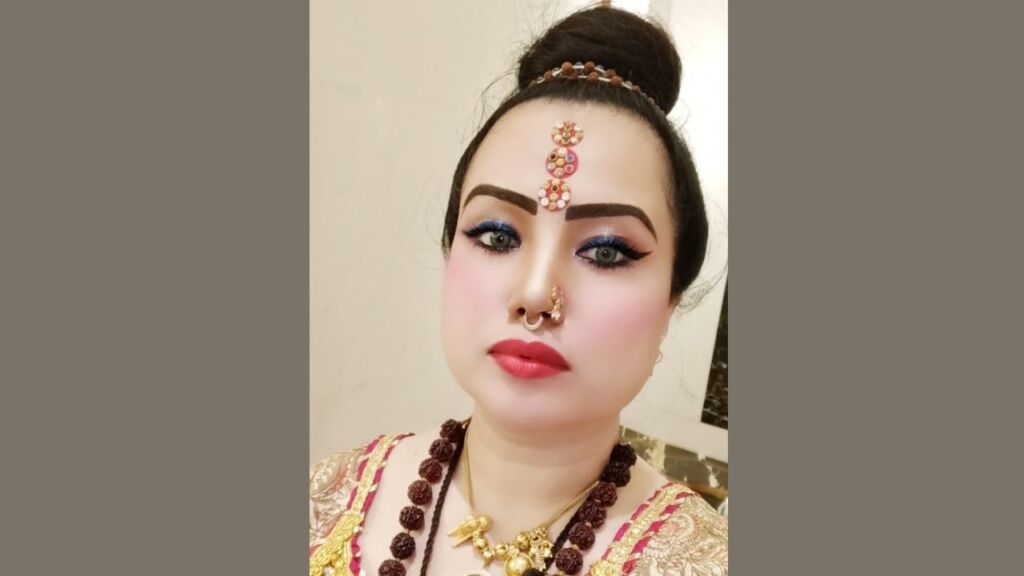 September 14: Astrologer Atlanta Kaashhyap says, “We have Aliens on earth majorly at 3 places, India is one of them”. Atlanta has given an open challenge to the scientist to prove her wrong. As per the sources, to justify her statement correct, she will share the evidence via her social media (Facebook) handle “AtlantaKaashhyap_Prediction”.

Atlanta Kaashhyap is a well-known Indian Astrologer who specializes in many forms of Arts And astrology. Since her childhood, she has been predicting the future, and she has never failed with her prediction. Atlanta is a future predictor that never coincides with any of the ancient future predictors like Baba Vanga or Nostradamus.

Her near and dear one believes “if she says anything by fluke also it turns out to be true, and we believe Atlanta is a super kid”.

All this might sound crazy, but we have a lot of stories to share. One of the best examples would be “Few Indian women were not able to conceive, they were trying for past 6-7 years. After meeting different doctors and taking medications, they almost lost hope of having a baby. Then they happened to meet Astrologer Atlanta and shared their emotions with her. Astrologer Atlanta said to them, “you will definitely give birth to a soul”, and adding on to that, Astrologer Atlanta asked those women to write a letter or an email to themselves mentioning In Details: “I will be conceiving in a few months/years/Time Etc”. These women were able to conceive and were able to enjoy motherhood. Astrologer Atlanta can also predict the gender of the child before birth. A lot of times, when doctors have predicted a date for the birth of a child, it has gone wrong, and the baby has been born on the date that Astrologer Atlanta predicted.

Astrologer Atlanta believes there are many super kids born like her on this earth. At times we believe these are supernatural conversations, but that’s not how it is. It is so good to have these powers and use them as and when required for people to help, to make them happy.

Atlanta has prepared a theory on aliens for many years and termed it “THE SILVER MOON PROJECT”. As per Atlanta’s Research, she says, ” I am 3000% sure and I can challenge everyone about aliens, that they are nowhere in the sky or on other planets, aliens are here on the earth. I know a lot about Aliens, be it. Where do they stay? How do they stay? Why do they look like this? I know it all. I even know about their categories.” “I’m only sharing 30% clues for the good human beings. This information is not for those who are trying to breed higher on Earth. As I believe, on the one hand, if science is leading to positive research, then, on the other hand, some scientists are doing negative research as well. And those who are alien to us are really against negative spirits and negative research.

Do you know that we are also aliens for them? As per Atlanta prediction, there are 3 Active categories on the earth. I divide them into grade A (location code – ARA/ARA). Aliens Grade B in India (Location Code – RSN/RSN+HLA/HLA). Aliens grade C in the United States (location code – AB/AB).

Do you believe Aliens also die? Science made a mistake where aliens got trapped. The first alien category is trying to make contact with each other. Grades A, B, and C want to meet each other to solve their problems. There is no doubt that aliens are extremely talented; they can read minds. Aliens participate heavily in some wave energy, such as telepathy. They can go anywhere and can come back as well. But after all, they are facing painful problems on earth. There is a category of 12 to 21 aliens. The eyes of the first category are black; they are like the soldiers of the army and are experts in special spiritual protection. The other two categories are very gentle, innocent, and loving, who is very close to God. Aliens are not enemies of human life. But some mistake has been made by science, which doesn’t let the aliens walk out of space. I have many theories like these, but this is not the right time to share them. They have chosen me as their friend to mediate between aliens and humans. The aliens are trying to contact many spirits, but they are and are looking for Super Kid. They, too, are in pain. Aliens told that even before, many aliens have died due to some research.

Now we need to wait and watch what Astrologer Altlanta has for us in the research! Do we even need to know how Astrologer Altlanta got to know about ALIEN’S LOCATION? Atlanta said she would prove everything publically either by an earlier date of each report or the Time Science report date.

The post ALIENS ARE ON EARTH IN 3 PLACES, NOT IN SKY – ATLANTA KAASHHYAP CHALLENGES SCIENCE appeared first on Republic News Today.

Read Time:2 Minute, 1 Second New Delhi (India), June 10: There’s no denying the fact that the Coronavirus pandemic has changed our worlds, and this is going to last longer than one can imagine. As things start getting back to the so-called new normal, travel, especially internationally, looks very different.   Mansi visited the European […]

Limecar -The best self drive car rental company in Goa

Goa, [India] : A vision that brought together the need for reliable transport and the love of driving. Limecar is a car rental company that has gained popularity as the best self drive car rental in Goa. Driven forward by Shabbir Latif, Limecar’s dynamic Managing Director. It is now the preferred mode of transport in […]

Realizing the passion for sports through technology and platform for the young generation: Deepak Barge

Read Time:2 Minute, 40 Second Deepak Barge is the Director and CTO of Super Galaxy Sports India, October 13: When accomplished businessman and technologist, Deepak Barge, was told about a cricket league that had the potential to change the world of leagues: he immediately took the opportunity as his chance to do something big in the […]

Finally, there is an astrology App, which provides over 95% accurate predictions to solve all problems instantly