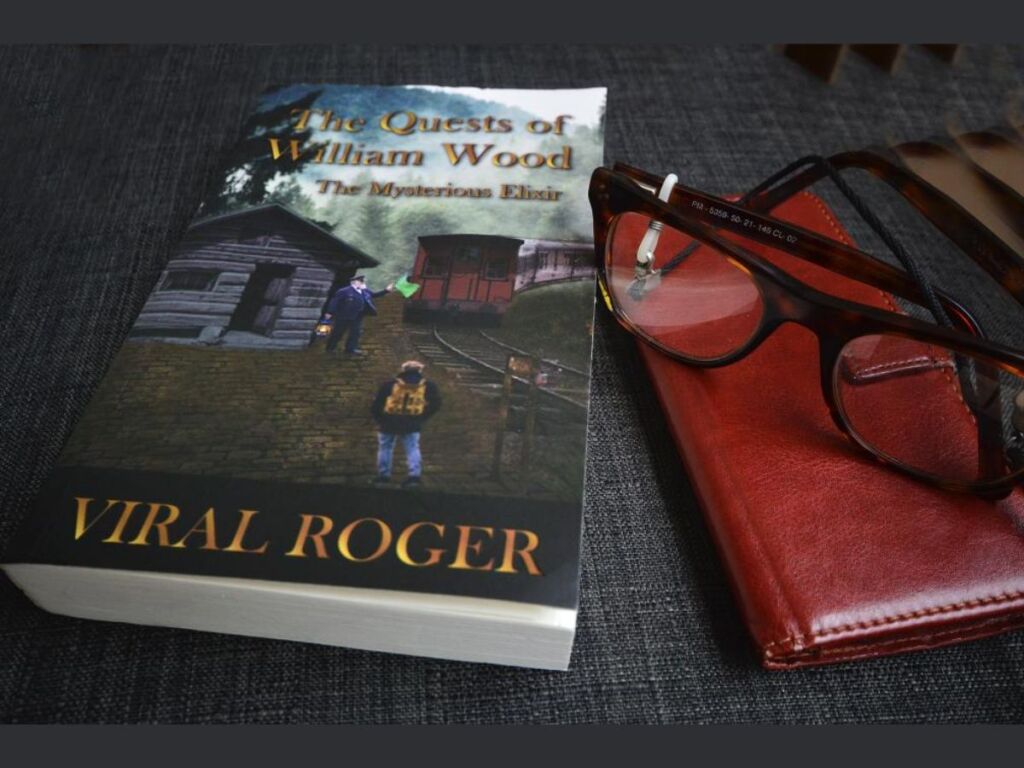 New Delhi (India), August 30: There’s yet another fantastic tale for fiction lovers and thanks to author Viral Roger. Her book ‘The Quests of William Woods’ released on 1st March, 2022 has procured its place among top-ranking fictional stories. In just a few months, the amazing edition has won many hearts for its fine storyline, stunning characters and plot-twists.

Viral Roger, a doctor in real life has constructed this epical, magical fiction for readers of all age groups. Mainly, she used to create stories for her son out of imagination and that led to cultivating this top-notch tale that has both the tinge of magic and mystery.

‘The Quests of William Woods’ explores the realm of magic with its protagonist William Woods. The eponymous hero lands on an unknown place named Glennins instead of Gummings, where he was supposed to be going to meet his aunt. After his mother’s passing away, William wished to live with his aunt so he set out. Little did he know he was going to face a surprising twist in his path.

William meets Leon and Ivy at Glennins. He establishes a friendship with them and is glad, but one day he comes across a strange man. Such an eerie land could bring no simple thing, and yet the stranger he meets turns out to be a wizard. The wizard reveals to Woods the deepest of his secrets and information regarding his life. Woods is astonished to see that the wizard knows his late mother’s name. On the other hand, he also witnesses strange things at his aunt’s house. Their neighbor next door, a girl, becomes Woods’s friend and they decide to flee away from all these strange happenings.

Such a plot twist demonstrated by Viral Roger brings out the true potential of her imaginative powers and passion for writing fiction. In every incident of the tale, there’s wonder and thrill that makes the quest a fine one to remember. What William Woods encounters in the tiny village of Glennins is enthralling.

The writer sets the tone right while carving her book. In every bit of the narrative, there’s an essence of adventure and supernatural elements. William Woods’s portrayal is apt and how he copes up with the predicaments and surprises really makes the reader think deeply.

Plot-twisting incidents, impressive storyline, element of wizardry, thrilling adventure – all add up to making Viral Roger’s edition ‘The Quests of William Woods’ a harmonious whole. It’s a must read if one is in searchfind of fiction and those who are new to it are sure to fall in love with the quest.

Bengaluru (Karnataka) [India], August 21: Utkarsh Small Finance Bank Limited inaugurated its very first branch in Karnataka. The residents of JP Nagar, Bengaluru now avail of the Bank’s products and services, including savings bank account, current account, fixed deposits and recurring deposits, amongst other facilities.  With this, the Bank has 587 branches in 193 districts […]

Read Time:2 Minute, 44 Second Dubai (UAE), November 5: Dubai-headquartered MI Capital Services, which provides a broad range of financial advisory services such as corporate finance, audit, accounting, international taxation, debated equity advisory, and more, has been named as one of the Top 10 Mergers and Acquisitions Consultants from Asia. The recognition has been conferred […]

Read Time:2 Minute, 41 Second New Delhi (India), March 23: ANVI is building a fully digital, comprehensive banking and financial services ecosystem across India by connecting a population of one billion underbanked Indians, retailers and SMEs to deliver essential financial services for free and bring them affordable credit. India has a significant and growing population of unbanked […]